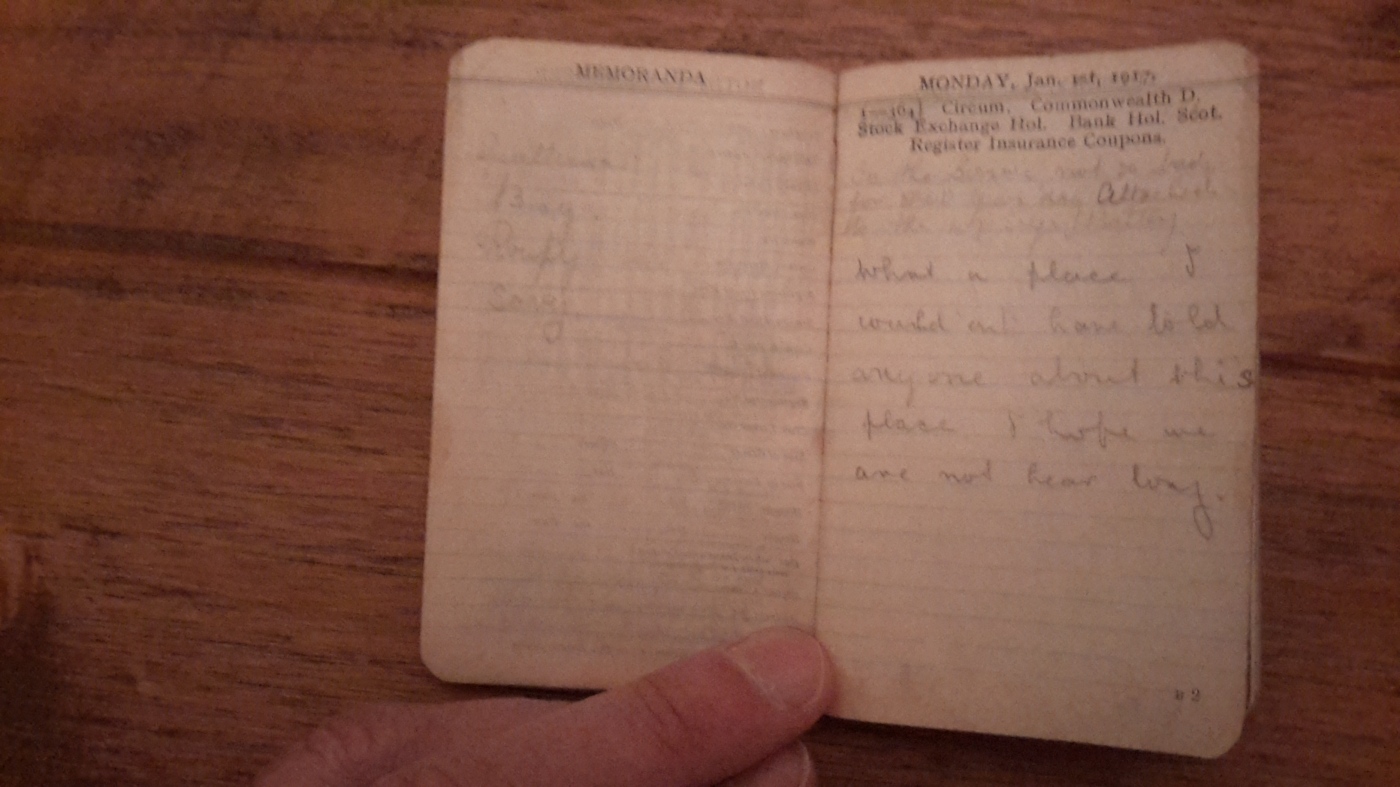 On the Somme, not so bad for new years day. Attached to the 49th Siege Battery. What a place I wouldn’t have told anyone about this place. I hope we are not here long. 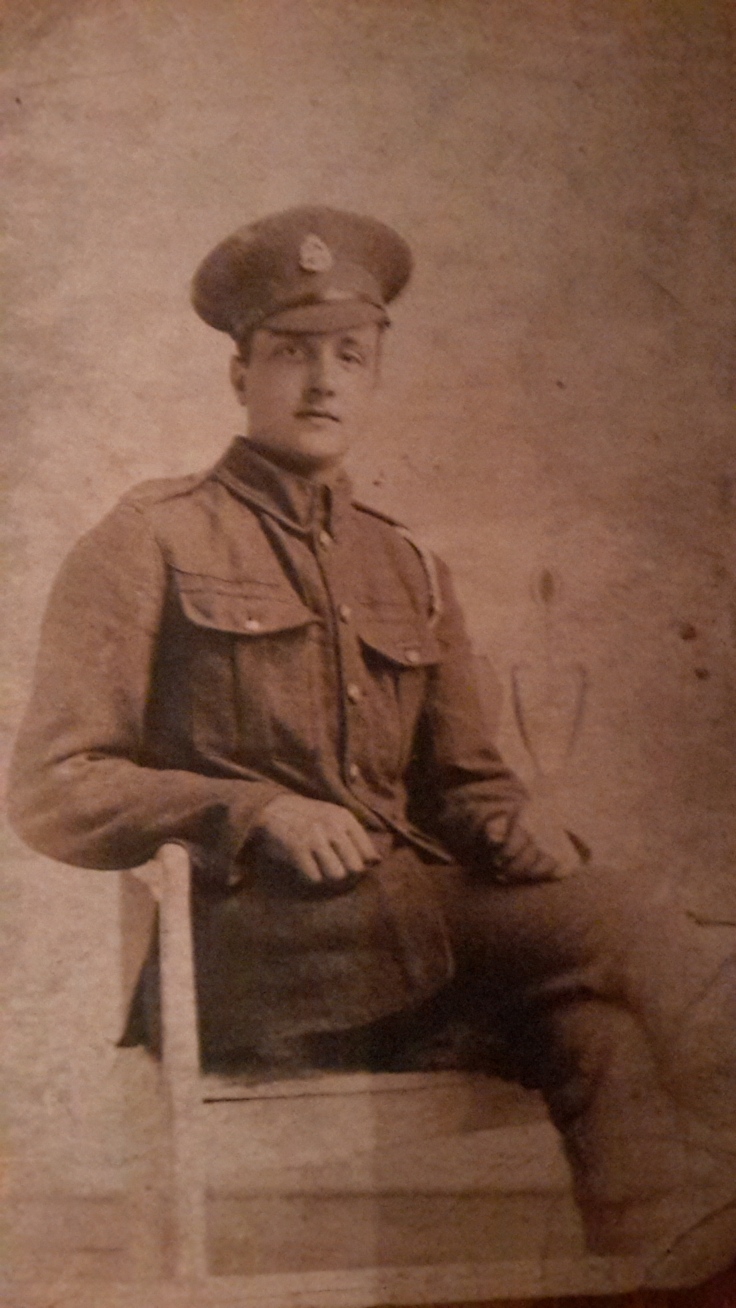 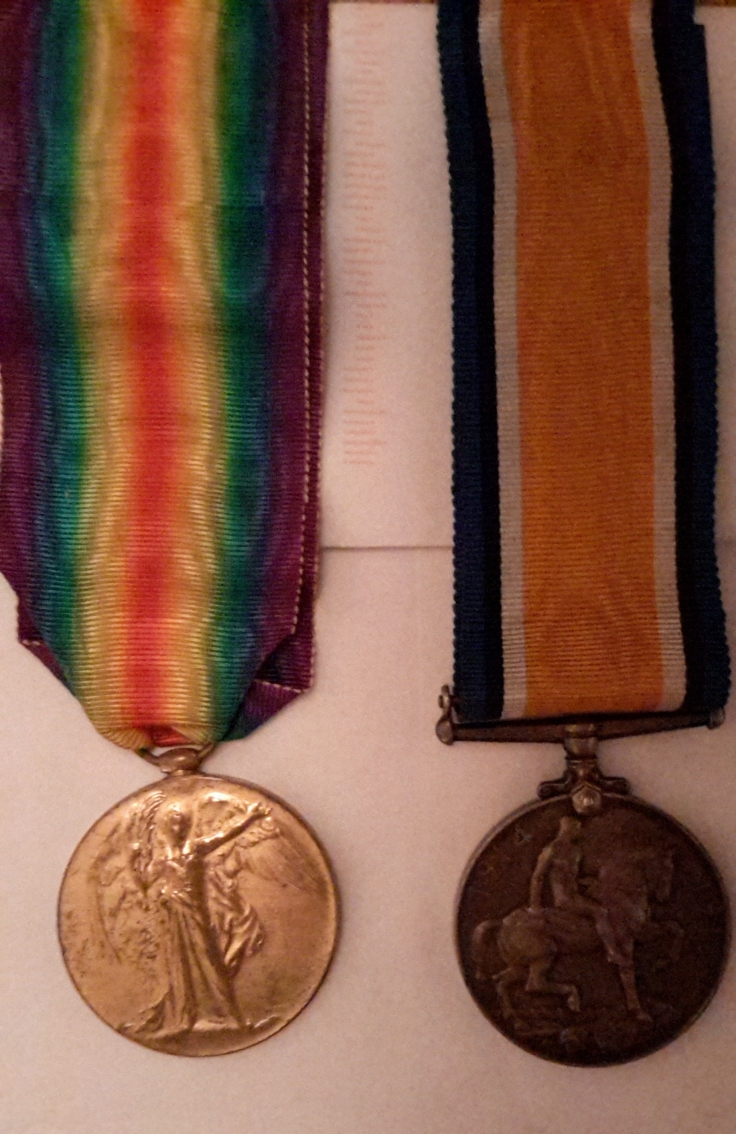 During WW2 my parents had a wallpaper and paint shop in Mill Hill Blackburn and Endy, who was a manager of a paper mill used to call into the shop and sell blackout paper to my dad. I remember him calling at the shop even though I was only 6 years old at the time. My dad would measure up the paper and sell it in the shop, he also went out and sold blackout paper at the local markets. He would also demonstrate to customers how to make a roller blind with a brush steel, a cotton reel and string!

In 1943 my dad died aged 45. At this time my Uncle Tom was the landlord of the Black Bull pub https://g.co/kgs/qgZXNY in Blackburn. (It still thrives today as a micro brewey) Endy was a customer there and his wife had passed away recently. My mum and Endy began to meet up at the pub, a friendship blossomed and they married a couple of years later.

Lawrence Enderson Grimshaw survived World War One. In the early 1930s my parents Edwin and Ann Chadwick were friendly with two couples Bill and Evelyn Hindle and Endy and Sally Grimshaw. They all lived in Blackburn Lancashire. The 3 couples had children of similar ages and had shared interests. They met up at each others houses on a Saturday night for a game of cards and a drink.

Time went by and World War two started, my dad, Bill and Endy had all served in the forces in World War One so didn’t have to serve again in WW2.

I wish to congratulate you on your award of the Military Medal. I had notification of it last night. It is in connection with the Peace Dispatch. Your name will appear in the London Gazette in due course and you should keep looking at the Times.

On behalf of all officers and men I again wish you the heartiest congratulations on your award. I am sure it was well won.

Will you acknowledge this letter please?

No. 112573 a/Cpl Grimshaw L.E. has served in this unit under my command since its formation in August 1916 – He has been continuously with the Battery on active service for over two years, and I cannot part with him without placing on record my deep appreciation of the excellent work he has done, and his high standard of courage and indurance he has shown throughout the whole of this period.

Every officer under whom a/Cpl Grimshaw has served has spoken in the highest manner of his energy and coolness under shell fire, and it is a great disappointment to the Battery that he has not yet received any award although he has been recommended for a decoration on several occasions

The call was short! A verse by Gunner Endy Grimshaw

*I assume this was a little verse written for Gunner Grimshaws next of kin if he was killed in action.

“The call was short the blow severe,

I little know that death was near

Only those who have lost are able to tell

The pain that I felt at not saying farewell”

What a peaceful day on rest at Peronne.

*This is the final post of Gunner Grimshaws 1917 diary. However over the next week I will post a little poem at the back of the diary that he wrote and some letters that he received from his commanding officer about his service and the award of his military medal. My mother has also written a piece about her step father after the war. Thank you all for reading and have a very happy and successful 2018!